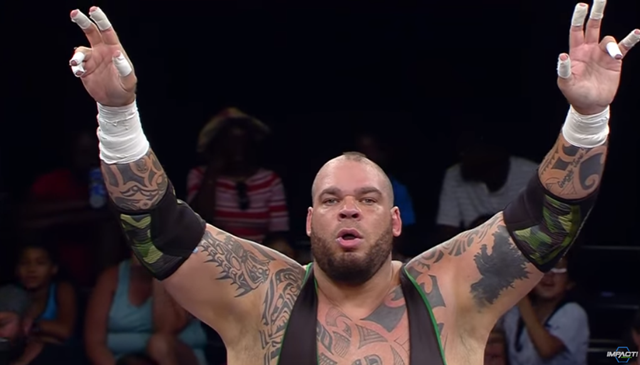 Brodus Clay's second WWE release was a wake-up call for him.

Clay's second run in WWE ran from 2010 to 2014. While he found some success as The Funkasaurus, it wasn't a character he wanted to be. He was actually given the gimmick as a punishment by Vince McMahon, but he made it work and got it over.

The former Funkasaurus was recently a guest on INSIGHT with Chris Van Vliet to discuss a wide variety of subjects. When asked when things changed for him for the better in life, Clay revealed it was when he was released from WWE for the second time.

“Probably the day that I got fired from the WWE for a second time, that was a game changer for me,” Brodus Clay said. “My last 3 months in the WWE, I was bitter and angry and was mad that my WrestleMania match got cut. The other guys, Cody and Dustin went on to be tag champs, Tensai was going on to be a trainer, Sandow is Sandow, and I just got left holding the bag. It was a tough pill to swallow and I refused to swallow it. I was there like ‘I could be an actor instead of being here.’ You say those things and you say them enough, it gets around enough so that when the next release comes they release you.”

Brodus Clay's release came while he was on his way to Hard Knocks South to train in 2014. He revealed that it was Mark Carano who made the call to give him the news.

“I got the call when I was on my way to train at Hard Knocks South," Brodus Clay continued. “It was Carano calling me. I knew it was either I am going back on the road or I was getting canned, and it was the latter. I remember sitting and going ‘OK big mouth, what have you got.’ Are you going to be that guy sitting backstage at a house show when Triple H walks by and say ‘Hey can I get a dark match?’ You see those guys when you are there, you either feel sorry for them or you are like that’s not going to me. I get it, closed mouths don’t get fed, but you have the least amount of leverage if you are going over to ask.”