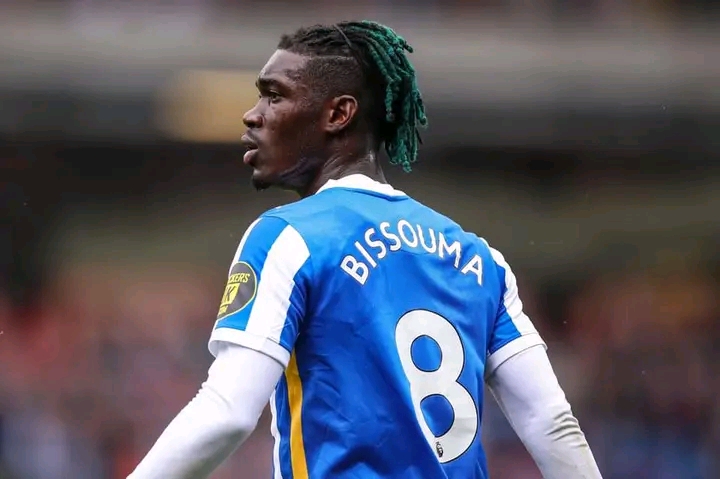 Yves Bissouma is a professional footballer who plays as a midfielder for Premier League club Brighton & Hove Albion and the Mali national team.Born in Ivory Coast, but raised in Mali, Bissouma started his career at the Majestic SC academy in 2009, where he played with Malian international Adama Traoré. In 2014, he joined AS Real Bamako.

On 7 July 2016, four months after having arrived at Lille OSC from AS Real Bamako, Bissouma signed his first professional contract with the club, with a duration of three years.

On 17 July 2018, Bissouma transferred to English side Brighton & Hove Albion for an undisclosed fee, signing a five-year contract with the club. Bissouma made his debut for the Sussex club on the opening day of the 2018–19 Premier League season in a 2–0 away loss to Watford where he came on as a substitute. He made his first start in Brighton's third match of the season where they lost 1–0 away at Liverpool. On 5 January 2019 Bissouma scored his first Albion goal on his FA Cup debut in a 3–1 away win against south coast rivals Bournemouth in the third round.

He scored his first ever Premier League goal on the last day of the 2019–20 season with a long-range shot in a 2–1 away win against Burnley. Bissouma was given a straight red card late on in Brighton's 3–0 away victory over Newcastle in their second league match of the 2020–21 season for catching Jamal Lewis in the face with his boot. He scored his first goal of the season in a 4–2 away defeat against Everton on 3 October. On 23 January 2021, in a fourth round FA Cup tie, Bissouma scored a 30-yard goal to put Brighton ahead in a 2–1 home win against Blackpool.

On 21 August, in Brighton's second match of the 2021–22 season he made his first Albion assist, to Neal Maupay in a 2–0 home victory over Watford. Bissouma scored his first goal of the season on 5 February 2022, putting Brighton one behind Tottenham in an eventual 3–1 away loss in the FA Cup fourth round. In April, he was suspended for Brighton's 3–0 away loss at Manchester City and 2–2 home drew against Southampton after picking up 10 yellow cards. Returning from suspension, Bissouma scored a 20-yard effort finding the bottom corner, scoring Albions' third in the 3–0 away victory over Wolves taking Brighton's point tally to 44, breaking their record of 41 in the Premier League. A week later, Bissouma played the whole match of the 4–0 home win against Manchester United, Brighton's biggest ever top flight victory.

On 14 June, it was announced that Tottenham agreed a £30m deal for Bissouma.