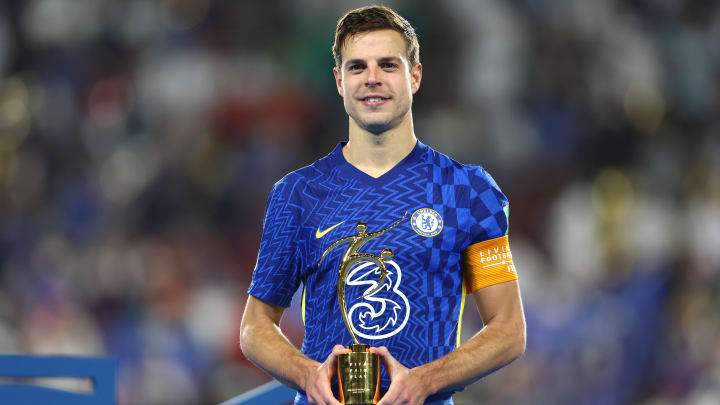 The limited operation licence that has been placed on the European and world champions came after accusations from the UK Government that Roman Abramovich had close links to Vladimir Putin.

Alongside stopping the club from offering new contracts, they cannot sell mechandise or tickets with the concern that money could end up with their sanctioned owner, but they have been able to extend their defender's deal.

Why have Chelsea renewed Azpilicueta's deal?

The Blues skipper signed his last four-year contract last contract in December 2018 which was due to expire on 30 June 2022.

Included in that deal was a clause that would extend the 32-year-old's deal should he reach a certain number of appearances in the final year.

How have Chelsea renewed a contract despite sanctions?

Chelsea's deal with Azpilicueta was agreed upon before the sanctions came into force on 10 March.

Therefore, they can renew Azpilicueta's deal until June 2023 after agreeing to such a contract in 2018.

Will it impact any other expiring contracts?

No, Antonio Rudiger and Andreas Christensen's deals cannot be renewed until Abramovich sells the club to a new owner.

The Blues were in advanced talks to make the Germany international their highest-paid defender of all time, with a deal close to £200,000-a-week on the table.

However, they still had yet to agree on either agents' fees or a signing on bonus.

In Christensen's case, he was thought to be in advanced talks with Barcelona with their club president Joan Laporta now hinting that it is a done deal.

“We have two agreements with players who end their contracts,” Laporta told Catalan radio station RAC 1.

“Defence and midfield? Yes, that’s the thing but don’t make me say the names.”

Barca are still targeting the signing of Azpilicueta who is open to moving to the Spanish giants.

Having built goodwill in west London, as one of the club's most decorated ever players, they won't stand in his way should he ask for a move.

Barcelona have already been in talks with Azpilicueta as he was previously able to talk to clubs because of the status of his contract situation.

There's a belief in some quarters that the La Liga club could sign Azpilicueta for free or, at least, a nominal fee.

It was a similar situation around Olivier Giroud's move to AC Milan last summer which saw him move for €1 million (£860,000/$1.2m) upfront and another €1m in the following year as an add-on.