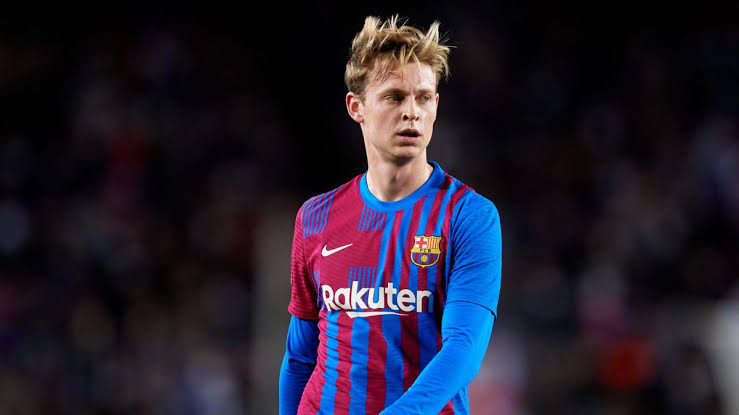 De Jong is still not convinced to leave Barça and he wants UCL football - Man Utd will try to push again as Barça need to solve financial issues. Barça needs the money, the stipulated price will do them a lot of good. It's only normal for De Jong to show some loyalty to his current club at least as courtesy demands. Once a deal is struck, he'll relish playing for Manchester United FC. However, the player's future in his current club is yet to be ascertained as a bid is yet to be struck.

On the other hand, Manchester United are likely to make a fair bid as they really need to charge up their squad ahead of the next season in view for a trophy lift. The Spanish side are in the of funds to solve the whole lots of pressing financial issues facing the club. The 25-year-old Dutch player is an important player for Xavi Hernandez, while he has already said in several occasions that his desire is to stay at Barcelona.

De Jong is on the top transfer target list of the Reds Devils as the new boss, Erik Ten Hag pushes for his signing.

The Dutchman, De Jong made it known that he is tired of the rumours about his future.

What did Frenkie De Jong said about the transfer rumour?

"If other clubs call I'll listen, but I'd rather stay at Barcelona", De Jong said.

Nevertheless, Erik Ten Hag has big plans of signing the midfielder so as to build up their moving forward. The chances of the plan working out is becoming thinner following the recent revelation by the Dutchman. Manchester United are set to open direct talks over Frankie De Jong amidst all rumours.