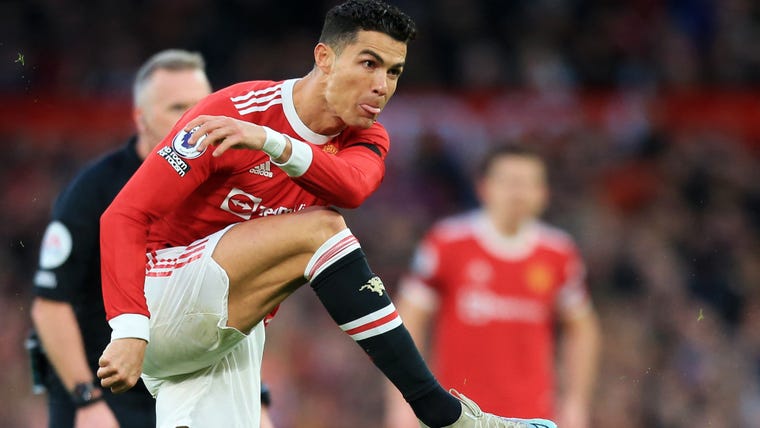 Manchester United coach Ralf Rangnick says Cristiano Ronaldo can be one of the "engines" of the team after his hat-trick against Tottenham on Saturday.

The Portuguese star was the star of the show as the Red Devils ran out 3-2 winners in the Premier League clash at Old Trafford.

United are currently fifth in the table and remain in contention for a top four finish in the league and Rangnick says Ronaldo is one of the driving forces in the team.

“Cristiano is an important player, of course," Rangnick told reporters.

“With his reputation and with the way he can still play, he has influence on the team, for sure.

“But there are also other players in the team who have to take responsibility, who have to perform, who can be leaders of the team.

“But we have quite a few other players who can do the same, including Fred, Harry Maguire, Raphael Varane, Victor Lindelof, whoever.

“Even Edi [Edinson Cavani], when he came on the last 10 or 15 minutes, showed how important and what kind of role he can still play for the team.

“I wish him to be available until the end of the season. It was a big shame and also not good for our team to not have him available in the last six weeks.”

How has Ronaldo performed this season?

Ronaldo's hat-trick brought his Premier League goal tally up to 12 from 24 appearances this season.

He has also chipped in with six from six games in the Champions League.

Ronaldo can help keep Rangnick's side in the competition on Tuesday as they take on Atletico Madrid in the second leg of their last-16 tie.

United earned a 1-1 draw in the previous game between the two sides, with Anthony Elanga scoring the crucial equaliser.