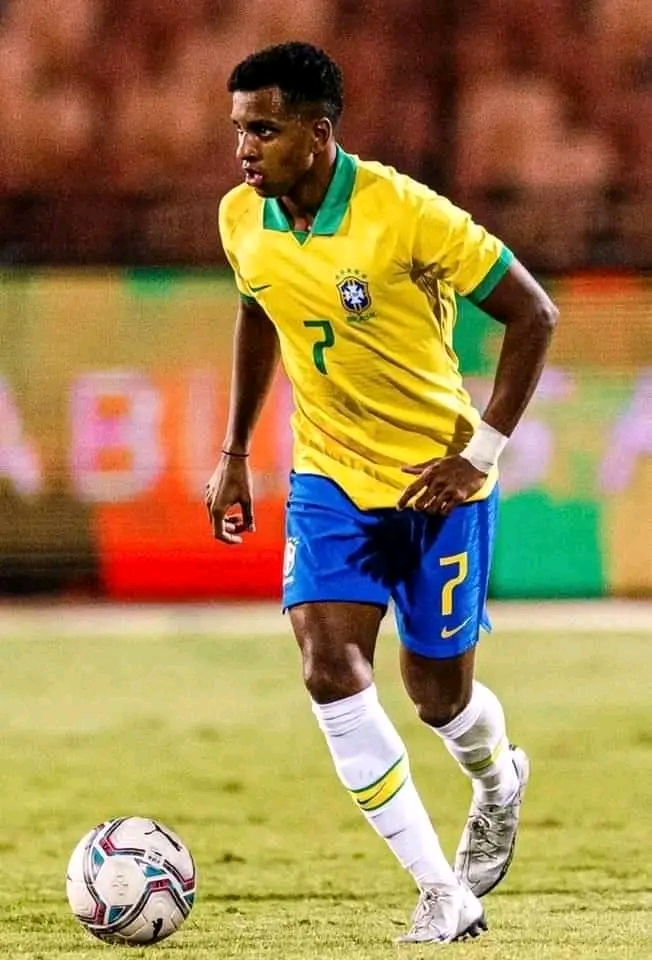 He is also expected to make the Brazilian squad for the world cup after his heroics for Real Madrid in the UEFA Champions League and La Liga last season.

Rodrygo Silva de Goes simply known as Rodrygo, is a Brazilian professional footballer who plays as a winger for Spanish club Real Madrid and the Brazil national team.He began his career with Santos, where he played 80 games and scored 17 goals before a €45 million transfer to Real Madrid in 2019. At international level, Rodrygo made his senior debut for Brazil in 2019, aged only 18.

According to Rodrygo, Neymar Jr told him that his is already leaving the National team and the jersey is his to take.

Recall that many Samba boys who wore the Jersey number 10 won the world best player like Rivaldo annd Ronaldinho.

Neymar could also be a Brazilian legend as her is within just 3 goals to becoming the highest Brazilian goa scorer of all time ahead of Pele.