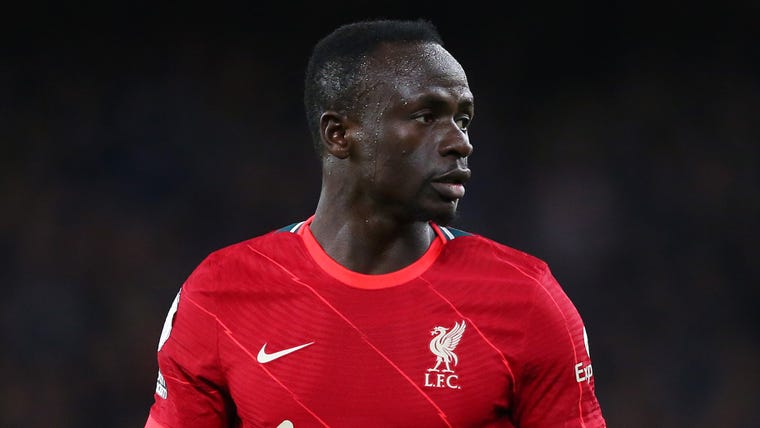 There was no time for Sadio Mane to dwell on his latest act of national heroism.

A little more than 36 hours after his penalty had secured Senegal a place at the World Cup finals, the Liverpool star was back in familiar surroundings, reporting for work at the AXA Training Centre in Kirkby and ready to get stuck into the last two months of what could yet turn out to be a historic, trophy-filled season.

There will, understandably, have been an extra spring in his step, a stark contrast to the mood of Mohamed Salah, who returned to Merseyside on Wednesday heartbroken, having seen his Egypt side again fall agonisingly short on the big stage.

No such concerns for Mane, who followed up his winning spot-kick in February’s Afcon final with another in Dakar on Tuesday. Two shots at glory, both of them seized by this most remarkable of footballers.

Legendary status in Senegal is already assured for the 29-year-old, and the same should certainly apply at Liverpool, where Mane has delivered six seasons of high-class performances, playing a key role as Jurgen Klopp’s side have taken on and indeed conquered the world.

When they tell the story of this era at Anfield, Mane should be front and centre, alongside the likes of Salah, Virgil van Dijk, Alisson Becker, Jordan Henderson and the likes.

His role in Liverpool’s success has been as big as anyone’s, make no mistake about that.

He was, in many ways, the first big piece of the jigsaw, Klopp’s first ‘transformative’ signing, the £35 million ($46m) gamble which turned out to be one of the bargains of the century.

Only 14 men have ever scored more goals for Liverpool.

Mane, with 111, sits above the likes of John Barnes, Kevin Keegan, John Toshack and Luis Suarez on the all-time list, and needs only seven more to surpass the great Ian St John.

With potentially 16 games remaining this season, there’s a fair chance he’ll get there by May.

By that point, though, he will be about to enter the final 12 months of his contract and, as things stand, there is little sign of an extension being agreed.

Liverpool sources have played down that idea, but Barcelona and Real Madrid, in particular, have been linked.

“It’s something that needs to be sorted as soon as possible,” says Salif Diao, the former Liverpool and Senegal midfielder.

“We would all love to see him stay, but I don’t know what the club’s plans for the future are.”

Diao is one of many who questions Liverpool’s treatment of Mane, and wonders whether he truly gets the recognition he deserves.

“For me, maybe he is waiting to be given more responsibility at the club,” he says.

“Even though he is a star, there is still a feeling, even in Senegal, that sometimes maybe he is not loved at the level he should be. That’s a general feeling.

“And when contract discussions happen and things don’t move forward, there is a feeling that, OK, maybe the club doesn’t want to give him a new contract? I don’t know.

“There is so much speculation, but in a situation like this, you have one of the star men of the club, and you need to put him at ease.

"You need to tell him what you expect from him, whether you want him to stay, and then you can go from there.”

Certainly Mane would be missed were he to leave. For all the understandable excitement over new signing Luis Diaz, and for all that Diogo Jota’s goals have proven crucial, this is still a world-class performer, close to irreplaceable in terms of physicality, speed, versatility and quality.

There aren’t many who can do what he does, and do so as consistently. Liverpool still need him, and would be well advised to keep him at Anfield beyond 2023.

“He’s been one of the best three or four players in the world for years,” says Diao. “But maybe he hasn’t had the respect he deserves from outside.

“We are disappointed, for example, that he has never won a Ballon d’Or. He won all the trophies, but people didn’t vote for him. That’s very disappointing.”

In fairness, Mane did place fourth in the 2019 vote, ahead of Salah and behind only Lionel Messi, Van Dijk and Cristiano Ronaldo.

Joe Gomez says marking him in training is “the hardest job you could wish for,” while Van Dijk suggested after Mane had scored his 100th Premier League goal against Watford (Liverpool’s opponents this weekend) in October that “we should talk more” about his brilliance.

“I agree, we should!” says Diao, who smiles as he tells a story about a friend of his.

“He’s a carpenter, and he made a Ballon d’Or trophy. I sent a picture to Sadio and said ‘I always knew you’d get one in the end!’

“Maybe this year, with Afcon and with everything that Liverpool are fighting for, it will be his year to get the real thing.

“I hope so, because he deserves it. He represents not only Senegal, but the whole of Africa.”

On Wednesday, Liverpool fans were treated to a new, colourful mural, a few hundred yards from Anfield.