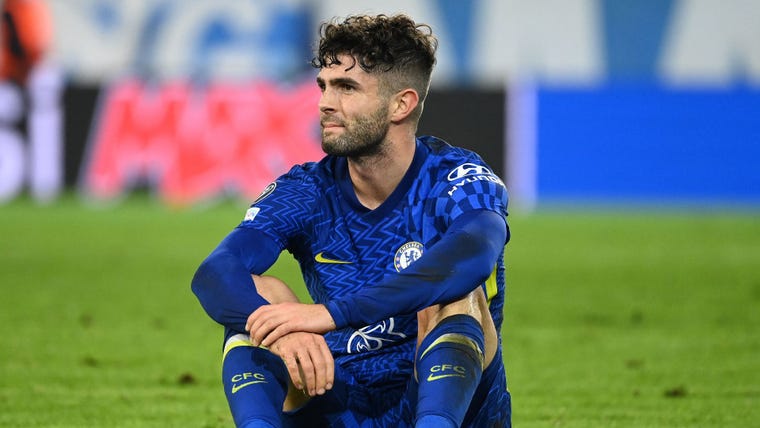 U.S. men's national team star Christian Pulisic opened up on the difficulties he and his teammates are currently facing on the club level with Chelsea while reflecting on his own form in recent weeks.

Chelsea have been through a chaotic stretch amid sanctions handed down to owner Roman Abramovich, who is in the process of selling the club.

And Pulisic acknowledged that the situation has been difficult to deal with as he opened up on his excitement for the days ahead as he looks to lead the USMNT to the World Cup for the first time in his career.

Pulisic and Chelsea have faced some difficult moments in recent weeks, with sanctions impacting everything from ticket sales to travel arrangements.

But the players, largely, have continued on with business as usual as they head into the international break.

"It's been a crazy situation, to be honest, but we've been able to focus on our game and just worry about playing over there," he said.

"I'm just excited in general to come play with the U.S. national team because I love this group of guys and I love this team and it'll be nice to have a break, see something a bit different, and then I'll be ready to go back and finish off the season strong."

Pulisic also reflected on how his on-field situation has changed in the months since his last national team appearance, with the Chelsea star now in much better form than he was leading into the last international break.

His goal for the U.S. in the final game of that window may have helped kickstart his recent run, which has seen him score three goals in recent weeks, but he insists that his mentality and mindset is the same as it's always been.

"Everyone was questioning that I'm not playing and this and that, and I was doing fine then and I'm doing fine now," Pulisic said. "That's the beauty of this sport and this profession, and I'm feeling very good and I feel in a good rhythm at the moment. I'm really happy to now be back with the national team to really try to help the team."