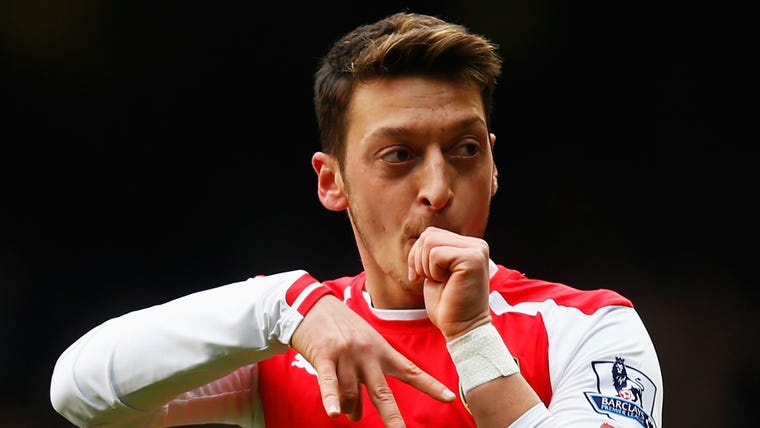 The playmaker did not follow some of his team-mates in slashing his wages by 15 per cent during the pandemic, as requested by the Gunners.

Ozil barely featured during his final season at the club and is now under contract with Fenerbahce in Turkey.

"With the salary cut, he asked me ‘Where is the money going?’," Sogut explained in an interview with Arsenal Fan TV.

"Mesut wanted assurances from the club that they wouldn’t fire anyone. That management would have a salary cut too.

"If that assurance was given and signed, he would have taken more of a cut. Thirty per cent. He wanted to know where the money was going.

"If it was to buy another player, he didn’t want to do it. If it was to secure the workplace, he wanted to do it."

Ozil spent a total of seven and a half seasons with Arsenal, having joined from Real Madrid in the summer of 2013.

The ex-Germany star was one of the club's most consistent performers during his time at the Emirates Stadium but his performances began to fall off towards the end of that stint, and he did not play at all in the 2020-21 season before moving to Fenerbahce in the winter transfer window.

In total Ozil represented Arsenal on 254 occasions, scoring 44 goals; while he also racked up an impressive 54 Premier League assists at the rate of almost one every three games.