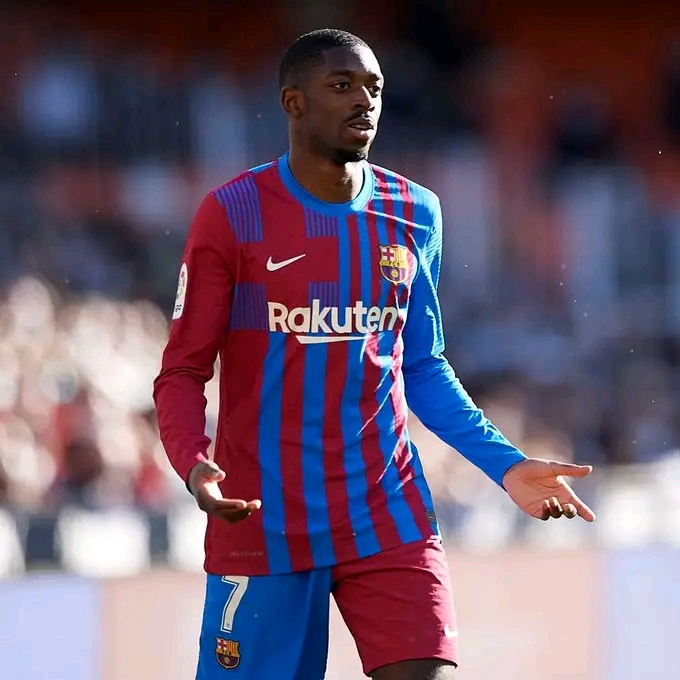 Masour Ousmane Dembélé is a French professional footballer who plays as a winger for La Liga club Barcelona and the France national team. His contract is with Barcelona is set to expire this summer and he is yet to sign a new contract. But there are speculations that he might likely leave Barcelona for Chelsea prior to his reluctance in signing another contract for Barcelona.

Barcelona winger, Ousmane Dembele finally respond to transfer rumours linking him with a move to Chelsea with a message to a fan whilst on holiday.

Ousmane Dembele has been one of the names rumoured fiercely in the summer transfer window. The France international has been linked to a move to Chelsea with rumours spreading few weeks back that he has already agreed a deal with Thomas Tuchel's Chelsea.

Although, Ousmane Dembele's future is still uncertain at the moment due to his Barcelona current situation. His contract with Barcelona will expire this summer and he is yet to renew with the Spanish club. Dembele has linked with a move to Chelsea where he will have the opportunity to play under his former Borussia Dortmund manager Thomas Tuchel.

Dembele is currently on holiday enjoying life with family and has used the opportunity to address the current rumours linking him to Chelsea. A fan is quoted as asking the Frenchman

“Are you staying in Barcelona? Heard anything about Chelsea You do not want to work with Tuchel?"

Dembele was asked about his future by one of his fans:

“Are you staying in Barcelona?" - Yes

“Heard anything about Chelsea? ” “You do not want to work with Tuchel? - I’m fine in Barcelona”

Barcelona are eager to renew the Frenchman contract as they valued him most in the team and with recent interview, he is looking likely to stay at Barca.