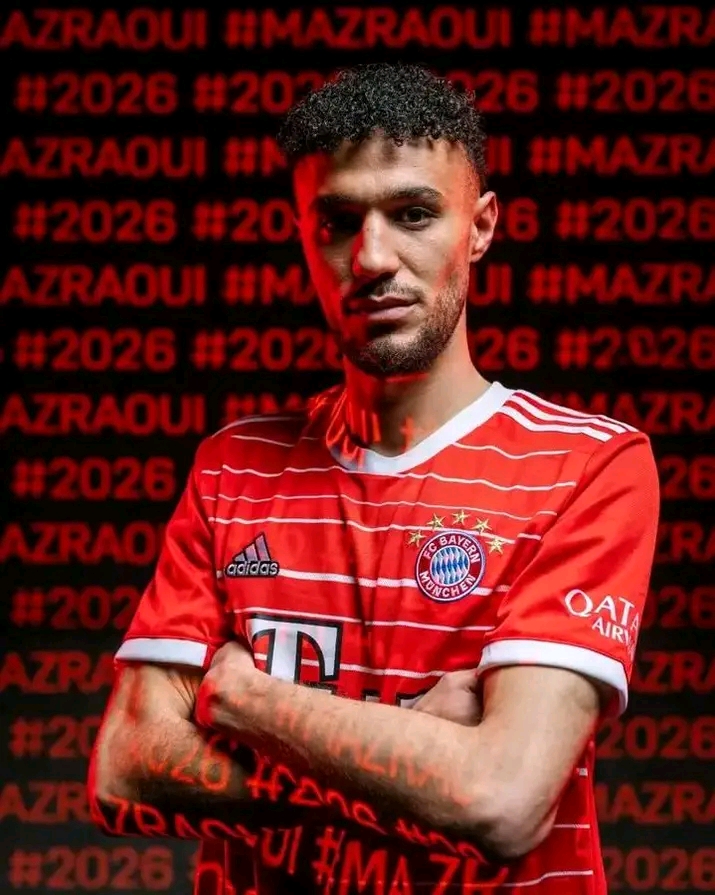 Noussair Mazraoui is a Moroccan professional footballer who plays as a right back for Ajax and the Morocco national team. He will join Bayern Munich on 1 July 2022. Mazraoui grew up in Alphen aan de Rijn and started playing for local club AVV Alphen at age 4. He moved to Alphense Boys three years later, where he only played for a year before being invited to play in the youth academy of Ajax. He made his professional debut with Jong Ajax on 12 August 2016 in an Eerste Divisie game against Almere City, replacing Richairo Živković after 86 minutes. On 25 October 2020, Mazraoui scored his first professional goal in a 3–1 victory against FC Midtjylland in the 2020–21 UEFA Champions League. He scored his first league goal in a 5–0 win against N.E.C.

On 24 May 2022, Mazraoui signed a four-year deal with Bayern Munich, starting from 1 July.Mazraoui was a youth international for Morocco. He first played for the Moroccan national team in 2018.

On 20 November, Mazraoui revealed that the relations between him and Moroccan national team coach Vahid Halilhodžić fell. On 13 March 2022, Mazraoui and his Moroccan teammate Hakim Ziyech, both rejected Halilhodžić‘s invitation to represent Morocco in the 2022 FIFA World Cup qualification – CAF Third Round against DR Congo.