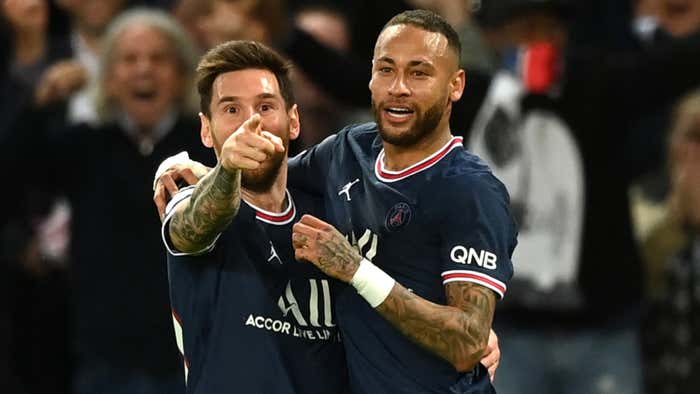 Neymar has revealed that he "tried everything" to return to Barcelona before Lionel Messi's transfer to Paris Saint-Germain.

The Brazil international won two La Liga titles and the Champions League among a whole host of other honours with the Blaugrana while forming one-third of a deadly attacking trio alongside Messi and Luis Suarez, but failed to transfer his electrifying form to Parc des Princes.

Neymar recorded plenty of goals and assists in his first two seasons at PSG, but also struggled with niggling injuries and ill-discipline, with supporters seemingly turning against him following an incident after the French Cup final in 2019 that saw him punch a spectator.

The forward was strongly linked with a move back to Barca in the summer transfer window of the same year, but a deal never materialised and he has since worked his way back into favour with the PSG faithful.

“I tried to return to Barca. We tried everything, but it wasn't possible," Neymar confirmed when quizzed on the saga on the Fenomenos podcast.

The 30-year-old is now quite content at Parc des Princes and no longer has any desire to re-sign for the Blaugrana, especially after being reunited with Messi.

Neymar added on the seven-time Ballon d'Or winner, who left Camp Nou before joining PSG on a free transfer in August: “I am very happy Leo had the opportunity to come here.

"He is my friend and we get on very well."

How are Neymar & Messi performing at PSG this season?

Familiar fitness issues have plagued Neymar in 2021-22 as he has only managed to appear in 16 games in all competitions, recording four goals and four assists.

The former Barca talisman suffered ankle ligament damage in November and missed over two months of action before returning from the bench in a last-16 Champions League meeting with Real Madrid.

Neymar then started PSG's next game in Ligue 1 against Nantes, but missed a penalty in embarrassing fashion as Mauricio Pochettino's side succumbed to a surprise 3-1 defeat.