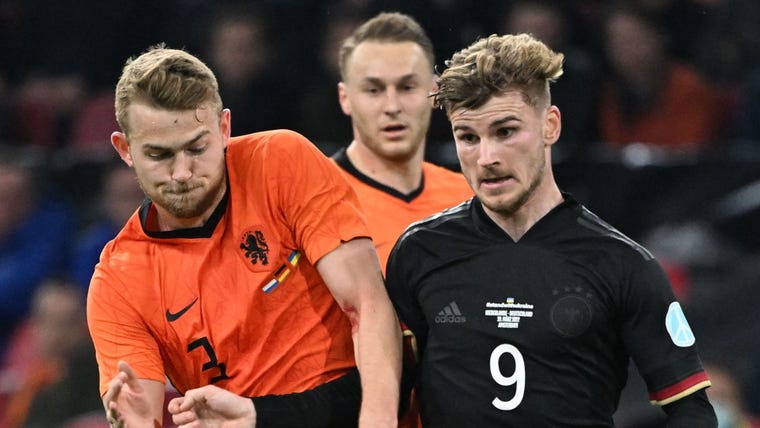 A section of the Oranje fans were allegedly heard singing "all Germans are gay" during the 1-1 draw in the Johan Cruijff Arena in Amsterdam.

The KNVB has expressed its disappointment at such remarks being made by fans and called on them to do better.

"During the Netherlands - Germany match, a homophobic chant could be heard a few times," a statement from the KNVB read.

"We want everyone to feel welcome in football. Oranje and the KNVB express themselves through the OneLove campaign against any form of discrimination and at various times in the year we also pay specific attention to LGBT acceptance.

"The chants yesterday were - partly because they were approached by stewards - brief and not frequent, but still for some painful.

"Exclusion does not belong to what a football party should be for everyone. It is now 2022, we must be better and further on than this."

What happened during the match?

Netherlands and Germany continued their preparations for the 2022 World Cup in Qatar in the friendly clash.

Thomas Muller put the visitors in the lead in the first half when he pounced on a loose ball after a Jamal Musiala cut-back and then lashed it into the net.

Louis van Gaal's team pulled level in the second half through Steven Bergwijn, who fired in from close range after Denzel Dumfries headed into the centre of the box.

The draw brought an end to Germany's eight-game winning run since their elimination from Euro 2020.

Both teams are now unbeaten in nine matches.