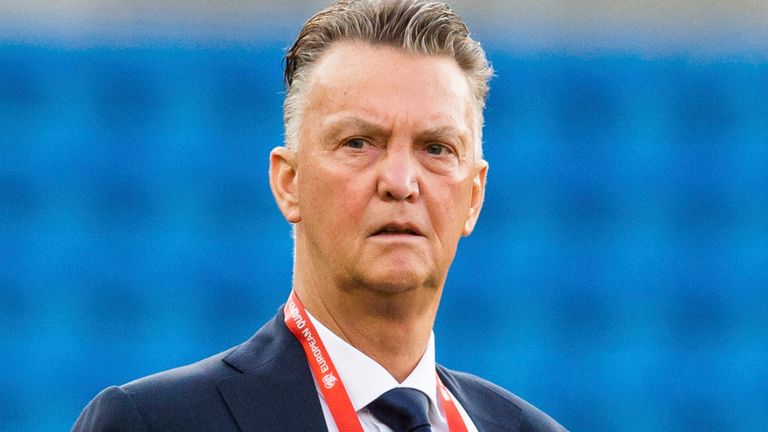 Netherlands manager Louis van Gaal has revealed that he has an "aggressive" form of prostate cancer.

The 70-year-old made the announcement on Dutch TV show Humberto on Sunday.

The coach says he has had radiation treatment 25 times so far.

Van Gaal said that he did not tell the Netherlands players of his illness and says his cancer is not terminal.

He said: "I think you don't tell people you work with like that because it might influence their choices, their decisions. So I thought they shouldn't know.

"You don't die from prostate cancer, at least not in 90 percent of the cases.

"It is usually other underlying diseases that kill you. But I had a pretty aggressive form, got irradiated 25 times. Then you have a lot of management to do in order to go through life."

He continued: "I had preferential treatment in the hospital. I was allowed in through the back door when I went to an appointment and was immediately pushed into another room.

"I have been treated wonderfully. Of course you tell your friends and relatives about it. The fact that nothing has come out [in the media] yet also says something about my environment. That's great."

How long has Van Gaal been in charge of Netherlands?

Oranje have played nine games since he took charge again and are so far unbeaten, winning six and drawing three.

The veteran manager guided his side to a first place finish in their World Cup qualifying match to secure their place at the tournament in Qatar this year.