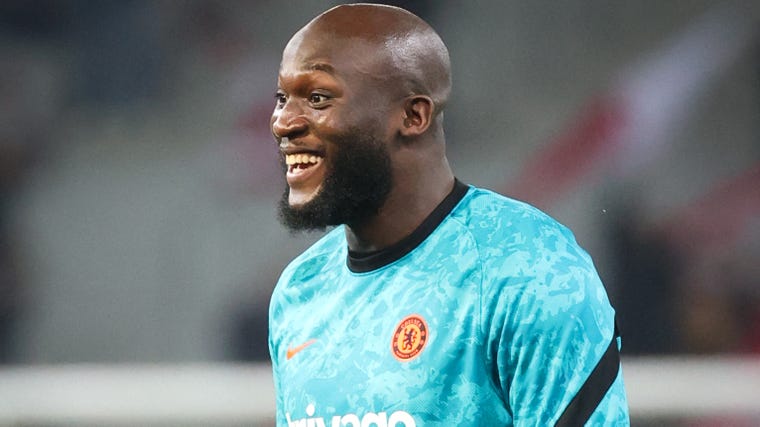 Romelu Lukaku has reacted to finishing ahead of Cristiano Ronaldo for the 2020-21 Serie A Player of the Year award, which was determined by player votes.

The striker, who scored 24 domestic goals for Inter last campaign before joining Chelsea, said it's an accomplishment he cherishes and "doesn't happen every day".

Lukaku also said being in the same league as Ronaldo pushed him to become a better player.

“The club [Inter] always backed us and so did the fans who I want to thank,” Lukaku told AIC.

“Being ahead of Cristiano Ronaldo is something that doesn’t happen every day. To me, he is one of the best three players in football history. He also brought me to a different level because he does great things.

“I am really happy to be included in the Serie A top XI for last season. I want to thank all those who voted for me and the team that helped me a lot, the coach and his staff. It was the team’s achievement and it’s an honour to be in the top XI.

“It was my dream as a kid to play in Serie A and I did all I could to achieve it. I am satisfied to have done it.

“It’s an honour to have been named best player of the season. It’s something that I could not achieve without the help of the team. They helped me realise great things. We won together improving a lot. Everyone developed and the coach was always close to us. This award gives me a lot of confidence for the future.”

Lukaku was prolific in all aspects of his game in his final season in Italy, adding 11 assists to his tally of 24 goals.

His work helped Inter win the title by 12 points.

Since then, however, he's struggled to adapt to Chelsea and recently found himself on the outskirts of the starting line-up under Thomas Tuchel.

Still, he has time to adjust and vindicate Chelsea's big-money summer move for his services.