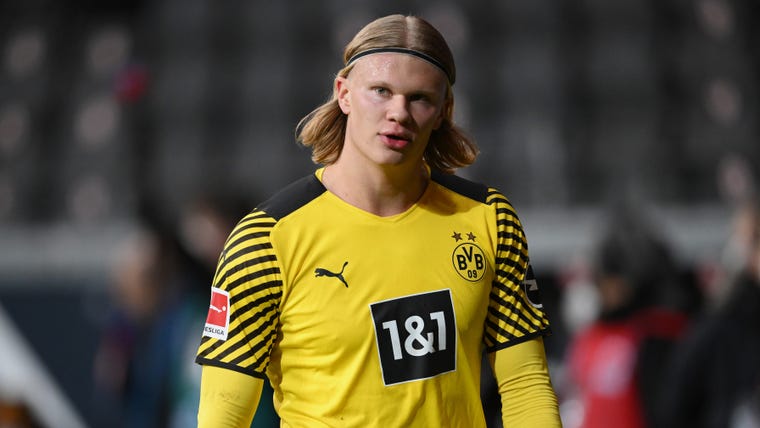 Barcelona president Joan Laporta says he will not risk putting the club in financial danger to sign Erling Haaland from Borussia Dortmund.

The Camp Nou side are one of the top candidates to sign the striker, but face competition from Manchester City and Spanish rivals Real Madrid.

Although their situation is improving, Laporta is concerned about spending big on new signings.

Asked about the club's chances of signing the Norway international, Laporta told TV3 on Sunday: "We're working on the future of the squad. Both [director of football] Mateu Alemany and [advisor] Jordi Cruyff are also looking for a certain rationality.

"We are here to manage a football club well. We are in a period that, although we are improving economically, it has not yet been solved.

"The economic situation has not been reversed and that is the priority.

"It is clear that we want an increasingly powerful team. We will go all out, but we will not do any operation that puts the institution at risk."

Where will Haaland end up?

It was reported this week that Manchester City have become the favourites to land the 21-year-old.

Haaland has a reported £63 million ($82m) release clause in his contract that can be activated at the end of the season.

The Daily Mail claims City will spend around £100m ($130m) in total to get the attacker, including the release clause plus agent fees for Mino Raiola.

The Premier League side are said to have discussed personal terms with Haaland and are confident of getting a deal done.

The Times reported that City sporting director Txiki Begiristain and chief of football operations Omar Berrada met with the Dortmund star's representatives in Monaco to talk about a move.