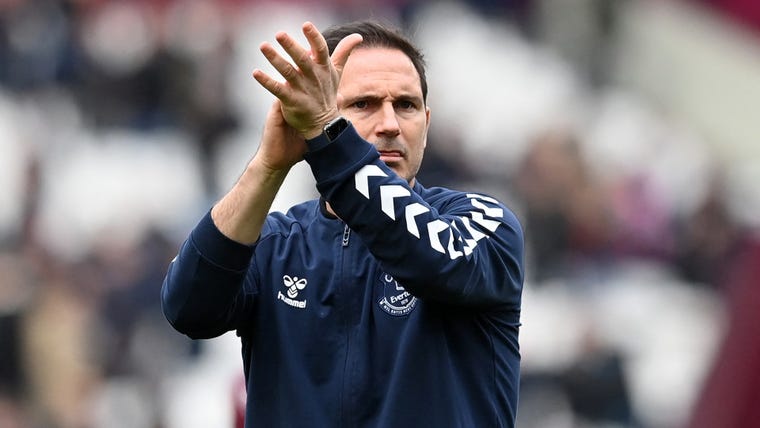 The Toffees sit just three points above the bottom three with 10 games left to play after losing 2-1 to West Ham on Sunday.

Lampard's team come up against second-bottom side Burnley on Wednesday and the coach has faith his side can get out of danger if they keep playing the way they did against West Ham.

"Ten games is a lot. If our luck turns and we keep on the path we showed today and against Newcastle I have a real strong belief we will be OK," he said to BBC Sport.

"Saying that now here means nothing. We just have to focus on ourselves. The next game is huge because it is Burnley but also because it is our next game. After that we move on to Manchester United.

"You want to win games. Today isn't so enjoyable. It is not if you don't turn up and get opened up as a team. It has happened a couple of times since I have been here but not much. But that comes with the territory of where we are at.

"Look at West Ham. Today they are very strong but two or three years ago they are facing relegation. And then they build, stick together and recruit and they move on. Everton has huge history and a fanbase.

"At the moment we are working to get through this moment. Myself and the players are giving everything. The fans can know if we keep doing that over 10 games we will be OK."