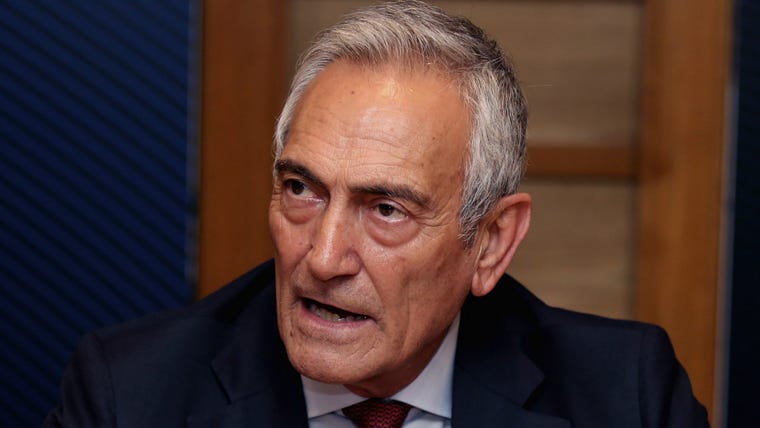 Juventus have been warned that any attempt to revive the European Super League will see them banished from Italian football.

The Serie A giants were one of the founding members of the controversial plan to start a breakaway competition that would compete with the Champions League but also likely threaten other major competitions.

The plot collapsed quickly amid protests from fans and threats from football associations, with the majority of teams pulling out within 48 hours.

Along with Real Madrid and Barcelona, Juventus did not give up on the idea of forming a new league and there are frequent reports that the plan could be revived.

But Italian Football Federation (FIGC) president Gabriele Gravina has warned the Bianconeri against getting involved.

"That contract is a planning hypothesis. If it became a reality, Juventus would be out of the Italian league," Gravina told La Repubblica.

The chief admits, however, that Italian football must overcome some of the issues that the Super League was intended to resolve.

"The Super League is the wrong answer to a real need," he said.

"Italy, too, must think about how to improve the quality of the championship and make it more attractive for expanding markets such as the Arab one, where it collects little money from at the moment."

What is happening with the Super League now?

Despite the collapse of the Super League after the original announcement last year, there remains a glimmer of hope that it will go ahead eventually.

La Liga president Javier Tebas claimed this week that the three teams holding on to the idea - Juve, Barca and Madrid - are plotting a new iteration of it that will not include the Premier League teams initially involved.

Arsenal, Chelsea, Manchester United, Manchester City, Tottenham, and Liverpool all disowned the idea amid the backlash and Tebas claims they will be excluded in the next attempt to get it up and running.

“It continues to exist. They give a lot of importance to what the EU could solve, but the European governments have already positioned themselves," Tebas said.

"They are working on another project, that will be a failure again, without the English teams, against UEFA, FIFA and the Premier League.”