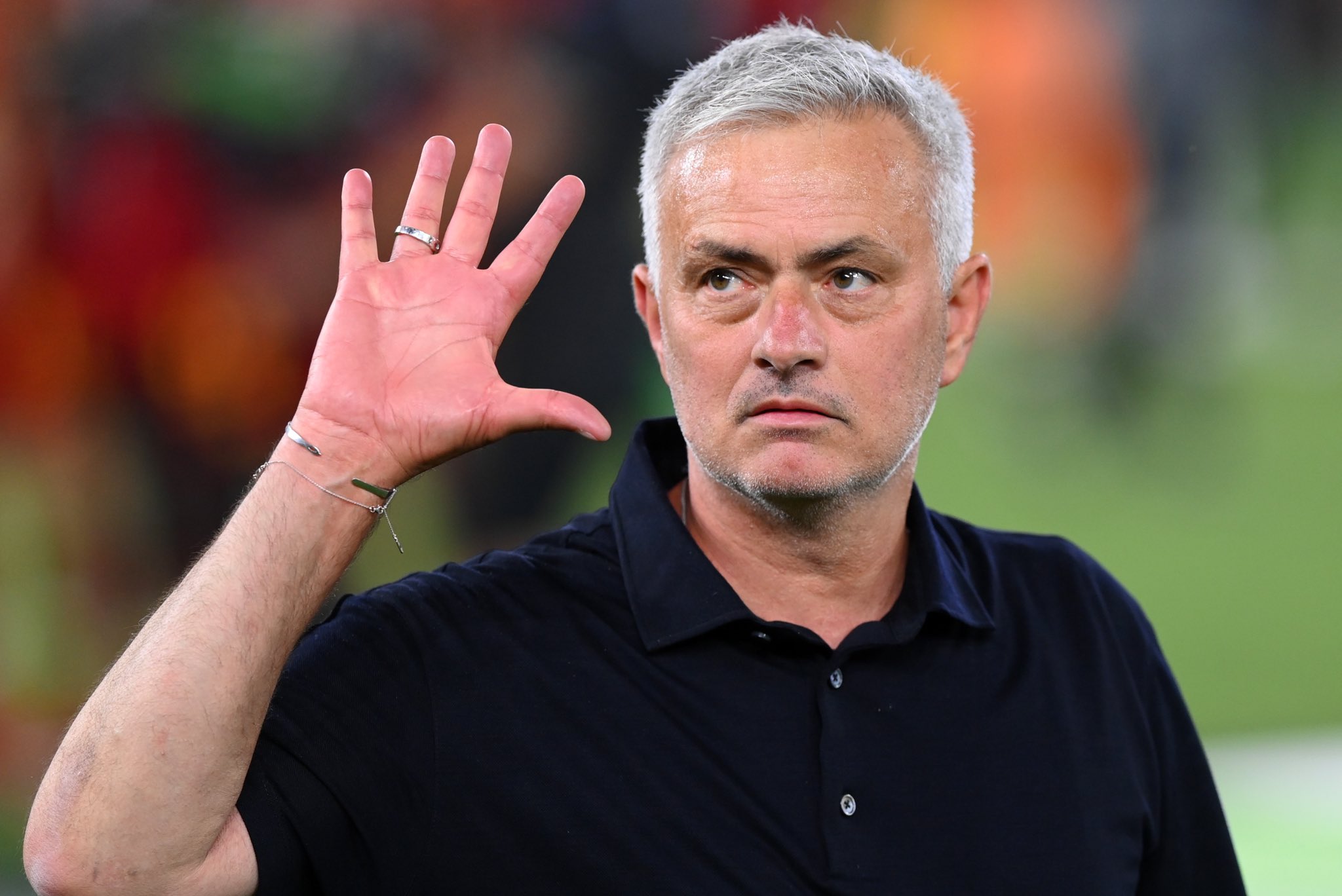 José Mourinho wants to continue his project with AS Roma despite PSG links. He is focused on AS Roma, so José Mourinho is not planning to change as of today. After lifting the Europa Conference League 2021/22 season, Mourinho confessed,

"This club has always been – something I didn’t realise, but now I do – a very special club, with very special people."

Prior to clearing the air about his stay at Roma this summer, José has been heavily linked with transfer rumours to PSG to replace Pochettino. The later has been blamed for loosing control in the PSG's dressing room.

However, AS Roma coach, José Mourinho, has made his intentions known to stick to the Serie A side this summer and will reject interest from Paris Saint-Germain, who are keen for him to replace Mauricio Pochettino.

Nevertheless, PSG are undoubtedly going to dismiss Pochettino, who no longer has the support of the board after the heartbreaking Champions League loss to Real Madrid in the quarter-finals of 2021/22 season.

Pochettino catapulted PSG to Ligue 1 success last season. However the club was not satisfied with this alone as they are eager to win the Champions League for the first time in history.

Hence, this triggered their quest to go through next season and further with the former Chelsea and Manchester United manager as a perfect replacement for Pochettino.

However, as reported by Gianluca Di Marzio, the Special One is happy in the Italian capital and is ‘more committed’ than ever to stay at the club.

This becomes a very huge blow to the Parisians as the next possible option is to price away Antonio Conte from Tottenham F.C

To narrow the hopes for PSG, AS Roma are also prepared to back Mourinho on the transfer strategies, after signing Svilar and Matić.