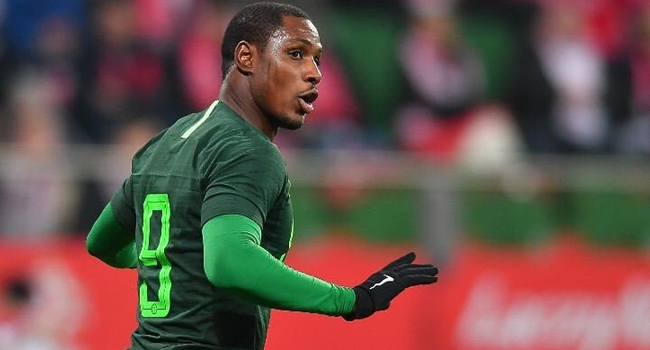 In a statement released by the football ruling body, the former Manchester United striker will play no part at the 33rd edition of the African football showpiece.

“Forward Odion Ighalo is no longer expected as a result of issues with his Saudi Arabian club,” part of the statement read.

With Napoli’s Victor Osimhen and Genk’s Paul Onuachu already ruled out of the competition, Ighalo was expected to lead the Super Eagles charge for goals.

Nonetheless, that will not become a reality but no replacement has been announced.

it was gathered that Ighalo was not released by his Saudi Arabia club Al Shabab owing to contractual reasons.

Before joining the White Lion from Shanghai Shenhua in 2021, the 2019 Afcon top scorer signed a clause that he would not be involved in international duties.

Prior to that move, Ighalo had announced his retirement from the Nigeria national team, however, he was recalled by Gernot Rohr as the German moved to solve the Super Eagles’ worrisome attacking line.