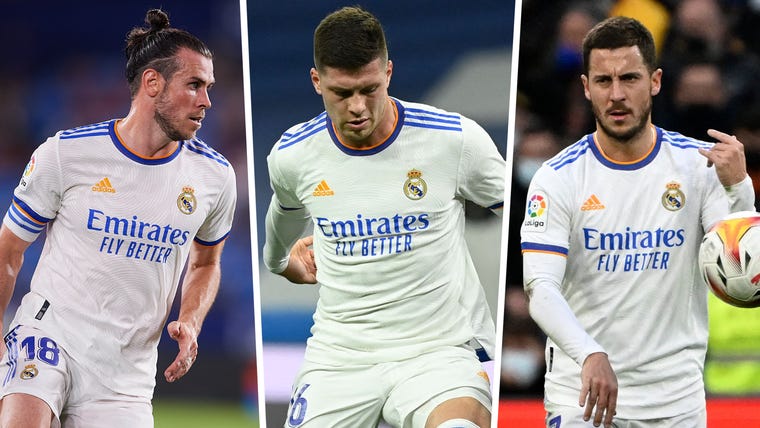 Real Madrid could undergo a transformation this summer as they prepare to build a winning team around Kylian Mbappe, their top prioroty signing.  But before there can be any arrivals, the club must offload a few players. Carlo Ancelotti currently has a team of 25 players so there is no room for even one more first-team player.

To give them the best chance of bringing in their desired players this summer, they are going to release those who are no longer required to make space in the wage bill.

Who will definitely leave Madrid this summer?

There are three veteran players who are guaranteed to depart the Santiago Bernabeu in the next transfer window.

Gareth Bale, Isco and Marcelo are all heading for the exit at the end of the season.

The trio's contracts expire on July 1 and there is no chance they will be handed new deals.

Overall, this will save the club around €60 million.

Almost all of that money will go towards paying Kylian Mbappe, whose salary is expected to be €50m.

Who else could leave Madrid?

There are four more players Madrid will to try to get rid of this year.

The main and most important is Eden Hazard. Along with Bale, the Belgium international has the highest salary in the squad.

He will be accommodated at another team even if it means Madrid must pay part of his salary.

They are also hoping to find a destination for striker Luka Jovic, having given up hope of incorporating him into the team.

Luckily with the Serbian, he still has a good reputation in Germany and Italy.

However, it will impossible for Madrid to make a profit from either Hazard or Jovic's departures.

For the third year in a row, Madrid will look to sell Mariano Diaz.

In the last two summer transfer windows, the club tried to send him out on loan, but the striker refused to leave.

They will try to find a new place for him this year, but would prefer to sell him on a permanent basis.

Then there is Jesus Vallejo. Ancelotti has no confidence in the 25-year-old and Madrid want to invest in a new central defender to strengthen the position.

There are two other players who could end up leaving, mainly because their contracts end in 2023 and so far there is no news of a renewal.

Marco Asensio and Dani Ceballos fall into that category.

The former has been important this season by scoring 10 goals and starting in 18 games in all competitions, whereas Ceballos has barely played.

In the event that the club decides against offering them new deals, they must try to offload them this summer to avoid losing them for free next year.