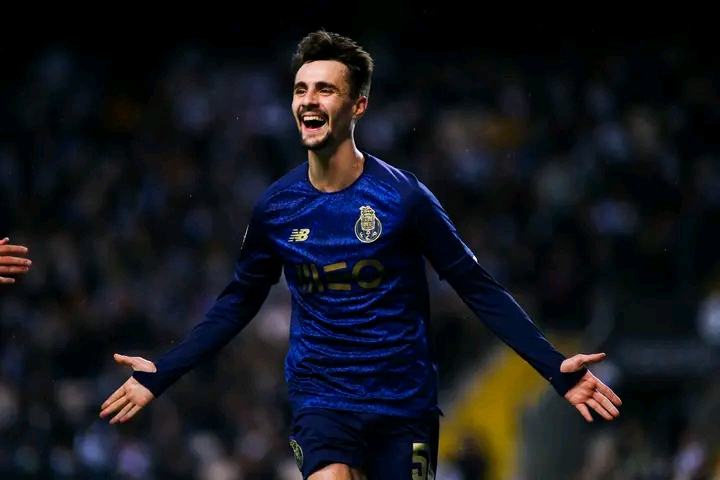 Fábio Daniel Ferreira Vieira is a Portuguese professional footballer who will soon play for Premier league club Arsenal as a midfielder. Born in Santa Maria da Feira, Aveiro District, Vieira played nine matches as Porto's juniors won the 2018–19 UEFA Youth League, and scored to open their 3–1 win against Chelsea in the final in Nyon on 29 April. On 24 October 2018, in a group game, he was sent off for two yellow cards in a 2–1 loss at Lokomotiv Moscow.

Vieira made his senior debut with Porto B on 24 February 2019, coming on as a 57th-minute substitute for João Mário in a 1–0 away defeat to Arouca in the LigaPro. Six months and a day later, he scored for the first time with a penalty in a 3–1 away victory over Farense.

Arsenal have had their offer of £30million for attacking midfielder Fabio Vieira accepted by Porto despite it being below the player's release clause.

The Portuguese star, who is set for a medical in London today (Friday, June 17), is believed to be signing a five-year deal with the Gunners. Vieira had a £42million release clause but Arsenal had an offer some £7million below that was accepted.

The Portugal Under-21 international, whose ambition has been to play in the Premier League, found the back of the net six times last season, while he provided 14 assists in Portugal’s Primeira Liga in 27 games. Vieira, 22, has been eyed by the north London side for some time, with their side’s technical director, Edu, describing him as a ‘player for the future.

Mikel Arteta has often spoken about his admiration for players who has a degree of versatility in their game. he spoke about the pedigree of footballers he believes can benefit Arsenal.