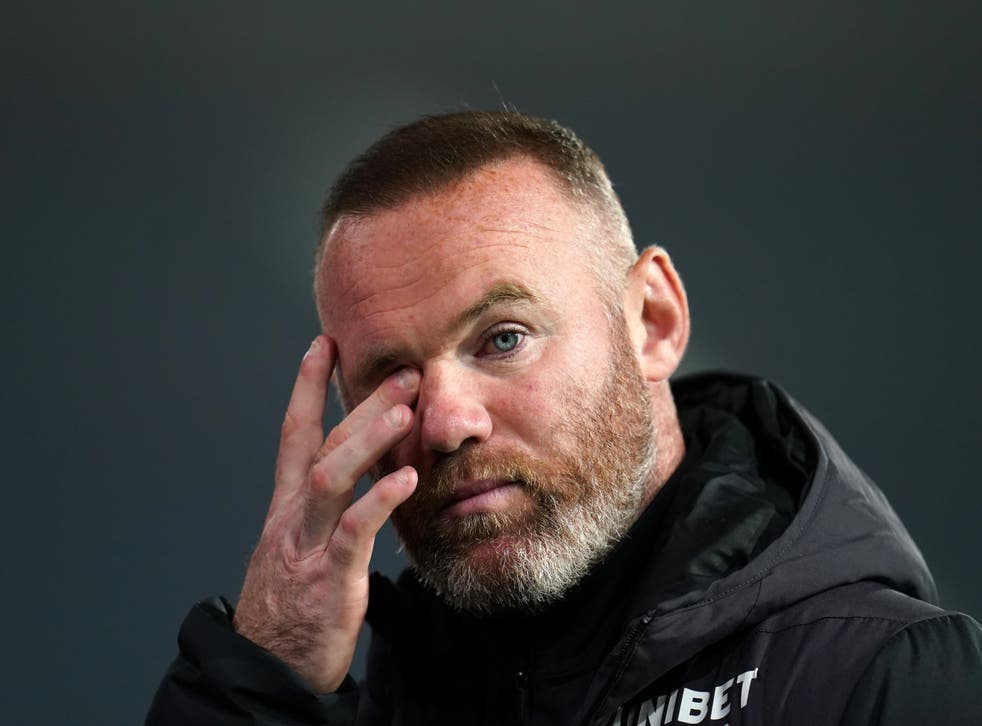 Derby County and manager Wayne Rooney will play in League One next season after the Rams were relegated from the Championship thanks to both their 1-0 loss to Queens Park Rangers and a superb Reading comeback for a 4-4 draw against Swansea.

The Rams headed into their Easter Monday clash knowing that they had to avoid defeat at Loftus Road and hope that the Royals would fail to tame the Swans elsewhere in the second tier.

But an 88th-minute Luke Amos goal and an injury-time dismissal for Tom Lawrence ended Rooney and Co.'s hopes of earning a result, while Tom McIntyre struck deep into stoppage time for Reading to seal a remarkable fightback that lifted them beyond Derby's reach with three games to go.

The odds have been stacked against the Rams this season, after they were handed a combined 21-point deduction for falling into administration.

Having stepped away from the playing squad and taken charge at Pride Park following the exit of Phillip Cocu last season, Rooney managed to steer the club from the foot of the table to dodge relegation last season by the skin of his teeth.

But with a huge margin to make up this term, Derby - who otherwise would have been set for a likely mid-table finish with their missing points - have been battling against the tide, and ultimately have come up short in their quest to stay in the second tier.