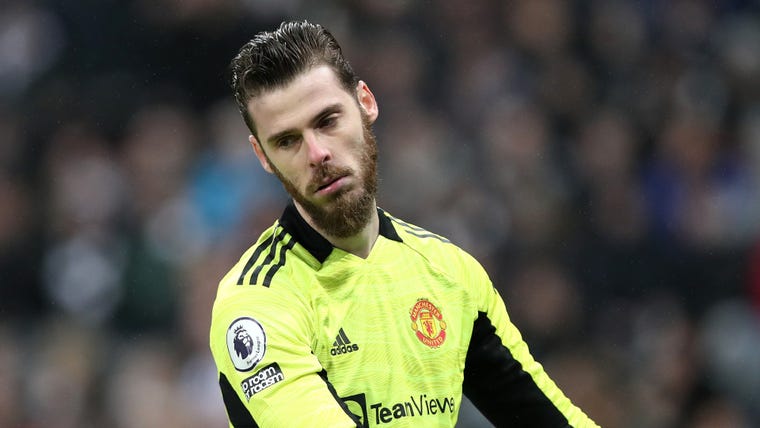 Manchester United goalkeepers David de Gea, Dean Henderson and Tom Heaton have offered their support to Paul Woolston after he was forced to retire from professional football aged 23.

The shot stopper's injury troubles have resulted in two operations and a long rehabilitation period.

He has had to call time on his career because of a hip injury without making an appearance at senior level.

Woolston told the club's website: “To have to retire at just 23 has been really tough to come to terms with but I feel a lot more positive now.

“I am really proud of everything that I have achieved, many people dream of playing football at this level. Of course, I would have loved to have gone on further but it has been an absolute honour to represent Manchester United during my time here.

“The support of my family, friends, team-mates, coaches, the medical staff and entire Manchester United academy has been phenomenal.

"Everyone has played a major part in my journey by keeping my spirits up, allowing me to reflect positively on my playing experiences and begin to look to the future."

Red Devils star De Gea admitted he was sad to hear Woolston has had to bring a premature end to his career.

“Well, it’s always bad when someone has to retire at a young age," De Gea told United's website.

"I’ve spoken with him, the other day, and said to him that the most important thing is life, more than football, in terms of a proper life.

“It was sad. I have been training with him, when he was fit, and it’s very sad news. I wish him all the best. He’s a great lad, a great goalkeeper and we all feel really sorry for him.

“I trained with him and he had a very good left foot, I remember, and it’s sad for him and for the club. As I said before, I was speaking with him and, first of all, it’s life and being in good conditions to have a good life.

“Of course, in life, sometimes problems happen and things happen. You have to keep looking forward, keep fighting and that is what life means. Like I say, I wish him all the best.”

Henderson, meanwhile, has backed his fellow shot stopper to bounce back from the disappointment, saying: "Look, I was speaking to Woolly last night and it’s devastating for himself and for all of us around him.

"He was a great guy to work with throughout the age groups. When I was in the younger age groups, I even remember playing against him when he was at Newcastle. For such a young lad to retire at the age he is, is devastating.

“He’s a very clever guy and that will stand him in good stead. I’ve texted him and will hopefully go for food with him next week and see how he is and have a proper catch-up."