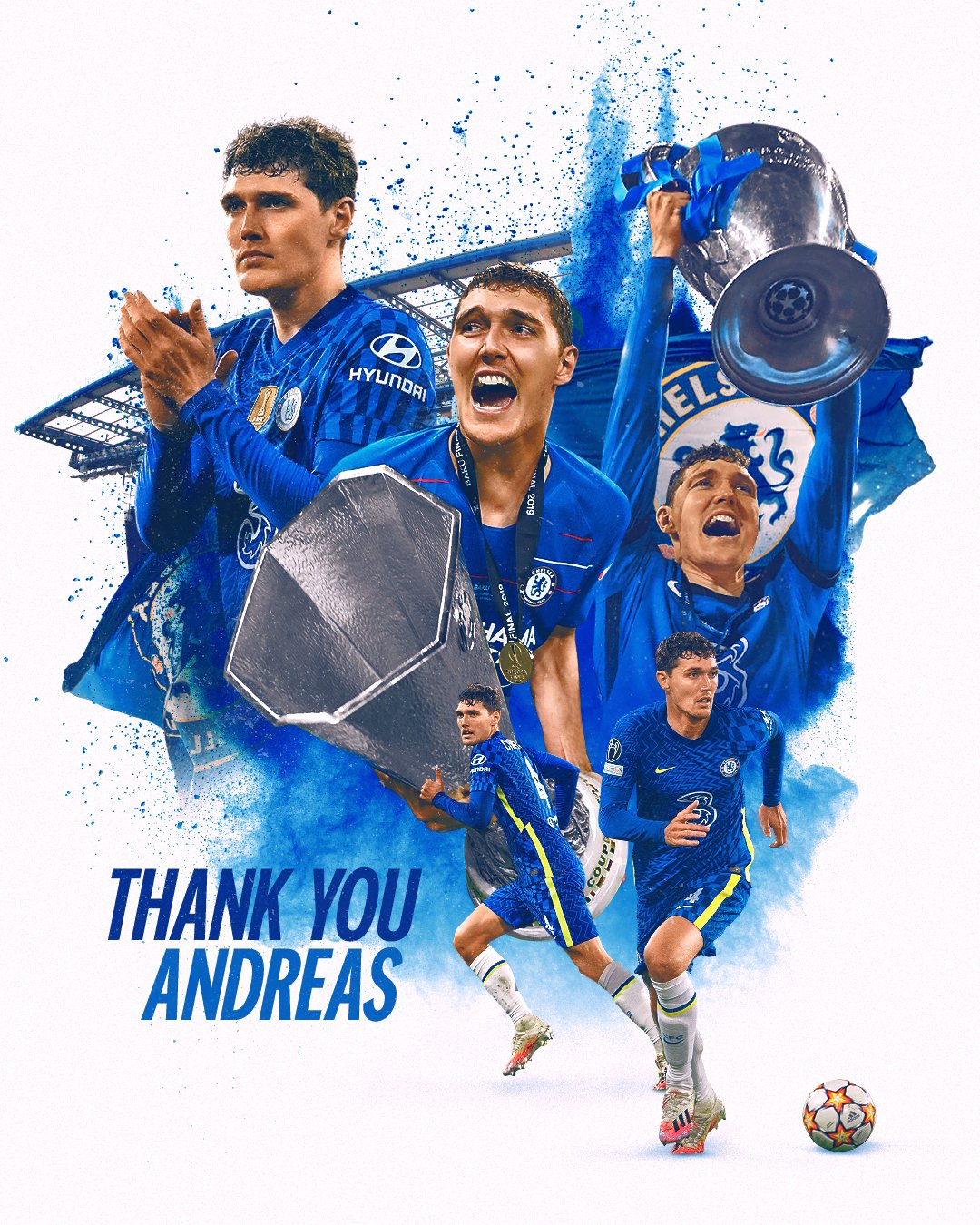 Chelsea have officially confirmed the departure of Andreas Christensen on a free transfer. The Danish man already signed the contract with the Spanish side, Barcelona.

Christensen will be announced as a new Barça player in the coming days/weeks.

Andreas Christensen has made 161 appearances for the Blues. However, Chelsea have confirmed the release of Andreas Christensen when his contract expires later this month. The Denmark international, aged 26, is set to sign for Barcelona, leaving Stamford Bridge after 10 years of active service. Christensen follows Antonio Rudiger out of the exit after the German defender's move to Real Madrid was confirmed. Chelsea have as well announced the release of midfielder Danny Drinkwater, Charly Musonda and defender Jake Clarke-Salter.

Recalling the journey of Christensen at Chelsea, Christensen joined Chelsea from Danish side Brondby at the age of 16 in 2012, making 161 appearances for the Blues and winning the FA Cup, Europa League, UEFA Super Cup, FIFA Club World Cup and the Champions League with the Chelsea.

Drinkwater signed for Chelsea in 2017 after lifting the Premier League trophy with Leicester but made just 23 appearances for the club, with his most recent competitive match coming in the 2018 Community Shield.

He came off the bench in the first half of the final in Porto last year and made an important block in the 2021 Champions League Final which gave Chelsea victory over Manchester City.

Nevertheless, Christensen’s final season with Chelsea saw him contributing to the club's history having won two pieces of silverware. He had played in both the Super Cup success over Villarreal and the dramatic extra-time victory over Palmeiras that secured the Club World Cup for the first time in the history of the Blues.