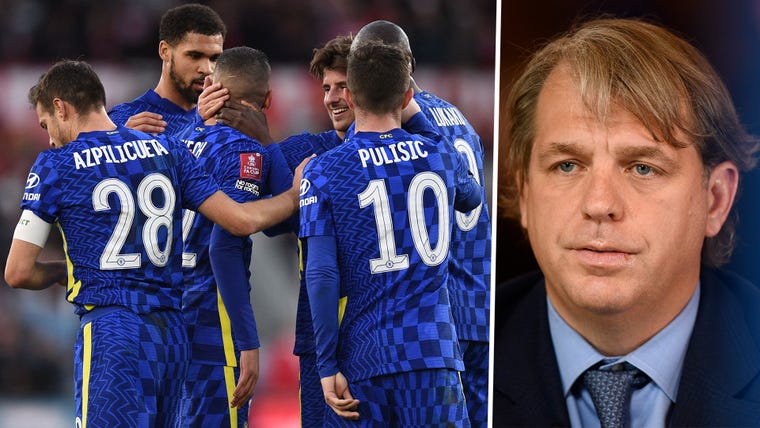 Chelsea have informed the successful potential future owners of the club that they have progressed to the next round of the takeover process, rejecting a whole host of other bidders.

Los Angeles Dodgers owner Todd Boehly has made it through as he heads up a consortium which features Swiss billionaire Hansjorg Wyss and British entrepreneur Jonathan Goldstein, while Atalanta part-owner Stephen Pagliuca is also in the mix.

Elsewhere, unpopular Chicago Cubs owners the Ricketts family are expected to progress, with their private backing from Citadel founder Ken Griffin, and former Liverpool chairman Sir Michael Broughton's bid, which is also fronted up by Lord Sebastian Coe, has also advanced, though the former is no longer seen as the face of his move for the club.

Who has missed out?

It is unclear whether Nick Candy's offer, which had the £1 billion ($1.3bn) backing of a South Korean group, and Gianluca Vialli's Tifosy Capital and Advisory, are in or out of the running.

Meanwhile, the status of Centricus, the London-based global investment firm who had bid close to £3 billion ($4bn), is not yet confirmed.

New York Jets owner Woody Johnson is also said to be out of the running, while there were thought to be other bids that didn't go public about their intention to buy Chelsea FC.

Despite failing in the process, some of the interested parties are thought to be ready to join the negotiations through the preferred bidders.

Saudi Media Group and Catalina Kim of C&P Sports Group, who leads the Korean influence around Candy, are both ready to offer their further backing to the successful consortiums.

The successful bids will be looked over in far greater detail and include background checks on everyone involved in the process and where their money comes from.

The idea is to have a clear view and do 'due diligence' on the potential future owners of Chelsea FC.

Although there's a desire to complete the process at rapid speed, it could still take some time to choose a potential owner.

Chelsea's board, which features Marina Granovskaia, Bruce Buck, Eugene Tenenbaum and David Barnard, will ultimately decide who owns the club in the future.

Raine Group are not said to be making the choice and are simply advising. Meanwhile, the UK Government are involved but only to ensure that no money goes to sanctioned owner Roman Abramovich, with the proceeds of the sale to go into a frozen account or to charity.

The Blues had hoped to have a new owner before their next match against Brentford after the international break but that's highly unlikely now.