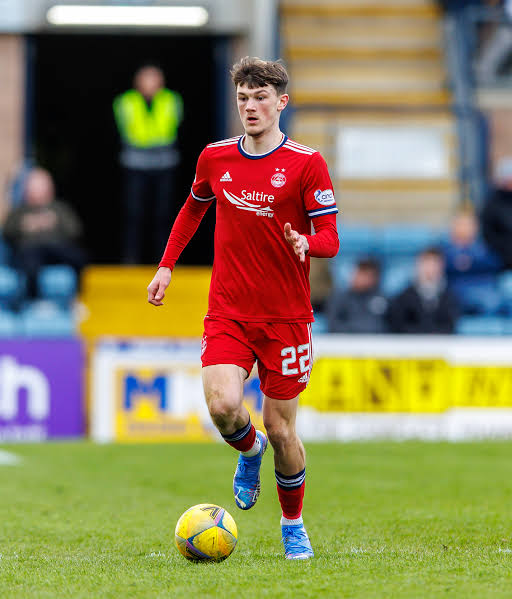 With £1m deal pegged for the Scottish defender, Liverpool are on high hopes of hitting the deal button. Contacts are still ongoing between Liverpool and Calvin Ramsay's camp for a possible move. He is considered an opportunity, still waiting to progress in talks with the Scottish side, Aberdeen.

Ramsay would be more than happy to join Liverpool, up to the clubs. The 18-year-old teenager revealed to his club that he would like to make a move to Anfield this summer, a wish and a dream. For a while now, Ramsay's move to the England side have been heavily rumoured and will likely be in favour of the Reds. Leeds United are also one of the potential contenders but the Whites have admitted that Ramsay may land at Anfield on the long run.

The Scottish starlet, Ramsay has been labelled as an ‘elite‘ right-back while at Aberdeen. Liverpool F.C. have had a wealth of knowledge when signing a young, Scottish full-back during Klopp’s tenure. It will be a great sight to behold how the Reds will utilize Ramsay's potentials from next season. There is an opportunity for the teenager to immediately become an understudy for Trent Alexander-Arnold – if Neco Williams leaves in some capacity. Notwithstanding, Liverpool's Boss has a long list of youngsters that can play at Anfield, if Ramsay is not ready for a move this summer.

In the virgin days of last month, Liverpool have monitored Aberdeen fullback Calvin Ramsay [born in 2003] during the game vs Dundee. He is considered a top talent for present and future. Thus, the FA Cup and League Cup winners are now expected to close in on a deal for the Scotland under-21 international, which is understood to be worth around £4million plus various add-ons.Talks have been ongoing about fee and potential contract in view.