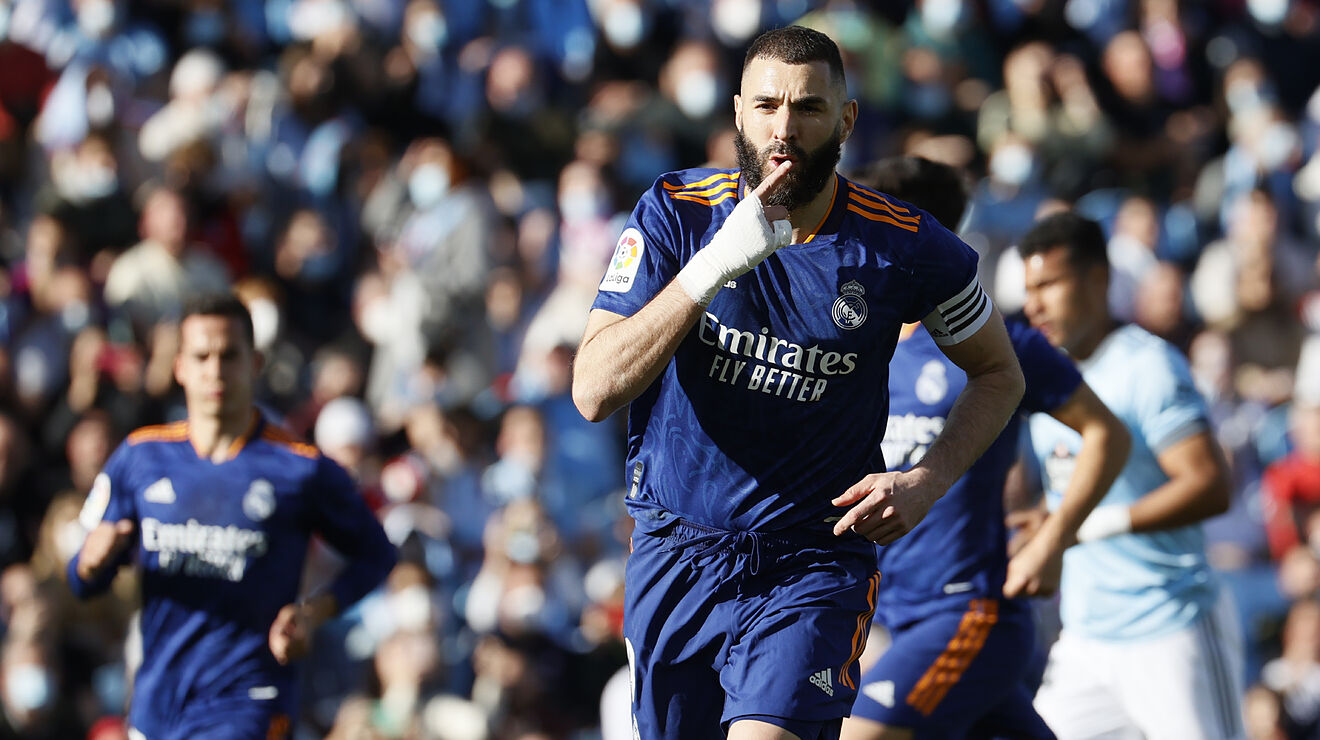 The 34-year-old extended his lead at the top of La Liga's goal chart for this season when he opened the scoring against Celta Vigo on Saturday night, adding another late on.

The France international's double brought him up to 23nd in the Spanish top-flight this term and 34 in all competitions.

His previous best for Madrid was in the 2011-12 campaign, when he netted 32 over the entire season.

Even during his time in his homeland with Lyon, Benzema's best tally over an entire campaign was 31.

The striker will expect to make his strongest season even better between now and the end of the season.

Madrid have another nine games to play in La Liga and will play at least two more in the Champions League as they come up against Chelsea in the quarter-finals.