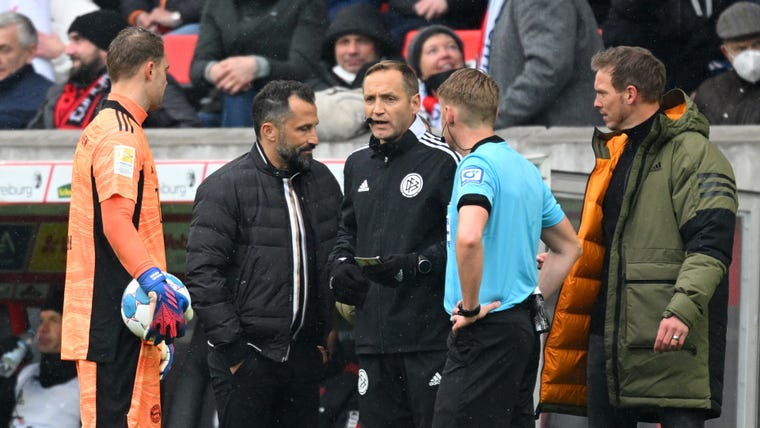 Bayern Munich playing with 12 men in the final stages of their Bundesliga fixture against Freiburg was the fault of the match officials and not Julian Nagelsmann, according to German football association (DFB) instructor Lutz Wagner.

The reigning Bundesliga champions took another big step towards their 10th successive title by beating Freiburg 4-1 at Schwarzwald-Stadion on Saturday.

Goals from Leon Goretzka, Serge Gnabry, Kingsley Coman and Marcel Sabitzer wrapped up all three points for Bayern, but their latest win was overshadowed by a controversial incident in the 86th minute.

Bayern played with an additional outfield player for 17 seconds after the fourth official held up the wrong number for Kingsley Coman.

No 29 was shown on the electronic board instead of 11, so Coman did not realise he was meant to come off for Sabitzer after Corentin Tolisso had to be replaced by Niklas Sule due to illness.

Freiburg alerted the officials to the numerical error and the action was delayed for a lengthy period as chaotic scenes erupted on the touchline.