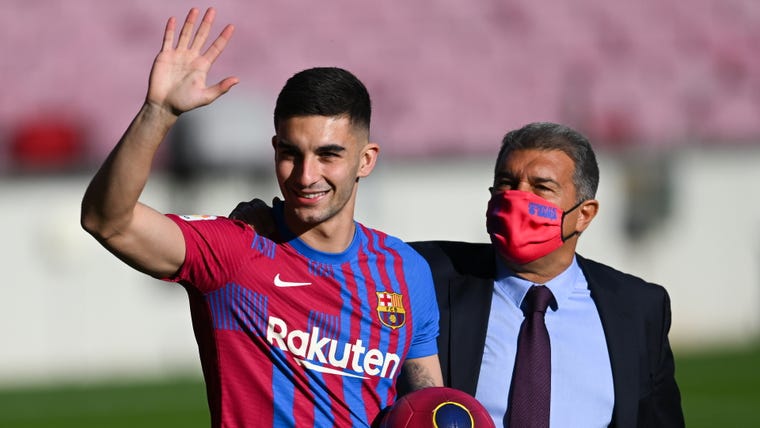 The €55 million signing shows the Camp Nou side are capable of competing with their rivals, the club chief saysBarcelona president Joan Laporta has declared his club is back at the top level despite sitting in fifth place in La Liga after their marquee signing of Ferran Torres.The Catalan side have endured a rough period on and off the pitch as financial problems resulted in the departure of star player Lionel Messi in August and some subpar results in the first half of the season.In addition to their disappointing league position, Barca were knocked out of the Champions League at the group stage, but Laporta feels the €55 million (£46m/$62m) arrival of Torres from Manchester City is evidence they are back to their best.What has been said?"We continue to be an example in the football market,” Laporta said at a press conference on Monday.“Everyone should be ready because we have returned. We are an example, and the example is that Ferran is here. We are re-emerging."We work calmly. We are on the way to make additions in winter, and we are also working in the medium term.”