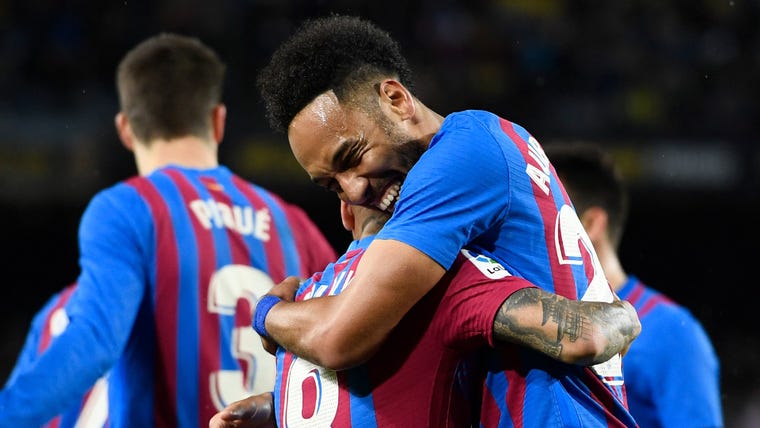 Pierre-Emerick Aubameyang finds himself in some illustrious company at Barcelona as his goal on Sunday against Osasuna saw him join the likes of Ronaldo, Zlatan Ibrahimovic and Johan Cruyff.

Aubameyang scored Barca's third goal of the first half on Sunday, with Ferran Torres netting twice during the opening 45 at Camp Nou.

And, with his goal, Aubameyang sealed his place among some Barcelona greats just six La Liga games into his career with the club.

What did Aubameyang accomplish?

Aubameyang has gotten off to a spectacular start in a Barca shirt, scoring three goals against Valencia and once against Athletic Club in addition to netting in the club's Europa League triumph over Napoli.

His goal on Sunday, though, gives him five league goals in his first six appearances, a feat only accomplished by a few club legends.

That mark makes him only the eighth player to hit that tally in six games at Barca, joining Ibrahimovic, Ronaldo, Cruyff, Romario, Ronald Koeman, Hans Krankl and Sandor Kocsis.