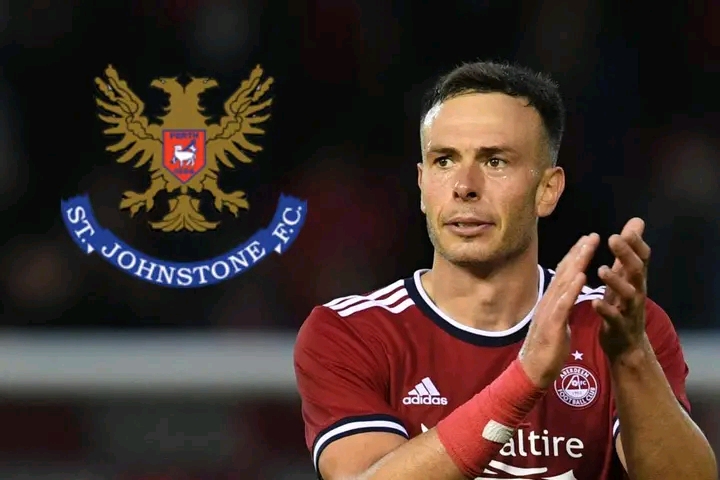 Andrew MacLaren Considine is a Scottish professional footballer. He played over 550 times for Aberdeen across 18 years, ranking among the players with most appearances in their history, and three times for the Scotland national team. Considine left Aberdeen during the 2022 close season and signed for St Johnstone on 16th July 2022. Considine spoke about a new chapter awaiting him at St Johnstone:

"I’m looking forward to the challenge. I had been at one club for 18 years, so coming here will get me outside my comfort zone. It’s a new challenge with a new group of boys which I’m relishing. I'm really looking forward to getting started and meeting the fans

I’m delighted to get the move finalised. The manager has been in touch since the end of the last campaign. Both myself and my family are excited to be here. I spoke to the manager multiple times over the close season and I’m very happy to get it over the line."

At Aberdeen, Considine had the option of signing for Rangers as a youngster, but decided to sign for Aberdeen as he felt he had more chance of breaking into their first team. He made his professional debut in May 2004 in a 2–1 defeat to Dundee, making his second appearance at the end of the following season. In 2005–06, Considine reached double figures in terms of appearances and became a first team regular in the 2006–07 season, playing in 36 matches and scoring his first goals for Aberdeen in a 2–0 victory at St Mirren in January 2007.

Considine started every league match for Aberdeen in the 2011–12 season and was the club's player of the year. He continued to play regularly in the 2012–13 season, but suffered a broken leg in a match against Dundee on 29 December.

On 29 December 2014, Considine signed a two-and-a-half-year extension to his contract, keeping him at Aberdeen until the summer of 2017. Considine was rewarded for his long service to Aberdeen with a testimonial match, played against Dutch club Twente on 27 March 2015.

On 13 May 2018, he scored the only goal in a 1–0 win for Aberdeen against Celtic at Parkhead, which secured a 2nd place finish for Aberdeen in the 2017–18 Scottish Premiership.

In April 2019, he signed a two-year contract extension with the option of a further year. He made his 500th appearance for Aberdeen on 24 November 2019, in a league match at St Johnstone. His contract was extended to the end of the 2021–22 season in December 2020.

Considine missed most of the 2021–22 season after suffering a cruciate ligament injury. He returned to fitness during the spring of 2022, but it was announced in April 2022 that he would leave the club at the end of the season as a new contract could not be agreed.