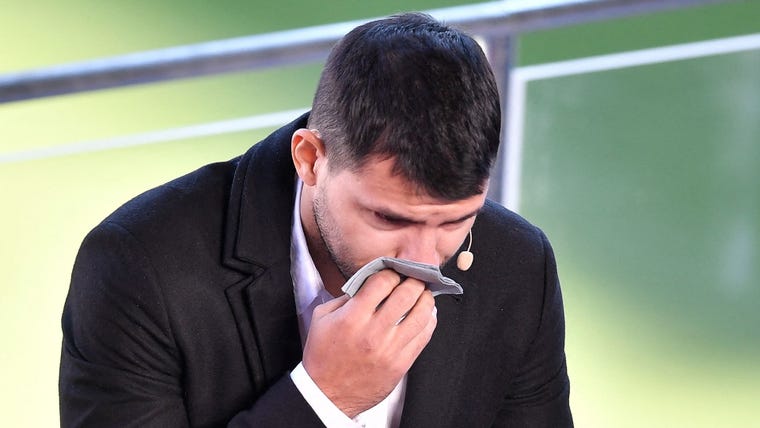 The former striker was forced into retiring from football on the back of medical advice from his doctors, much to the dismay of fans worldwide.

The Argentine has insisted now is the time to relax, though he will begin to consider what kind of role he could still play in football in the future.

According to TYC Sports, Aguero said: "Today I want to play, but I'm scared. I trained all my life to the maximum and in big competitions. I don't watch football or the news, I don't care what's going on.

"I concentrate on what I like the most, like friends. Returning to play comes into my head from time to time but I know it's something I can't do. They told me I was lucky because I could easily have had a heart attack. Now it time to relax. I'm happy with what I'm doing.

On his role with Argentina for the 2022 World Cup: "We're still talking about what role I'll have. [Argentine FA president Claudio Tapia] has always been nice to me and asked me to come.

What happened to Aguero?

At the end of October in 2021, Aguero was told his chest discomfort was due to cardiac arrhythmia and he was subsequently ruled out of action for three months.

Cardiac arrhythmia is when the heart beats irregularly, either too slowly or too quickly, but at the time no one necessarily thought the prolific goalscorer would have to hang up his boots.

Just one month later in December 2021, Aguero announced to the world he would have to retire on the back of the medical advice he received and thanked all the teams he ever played for in his career.