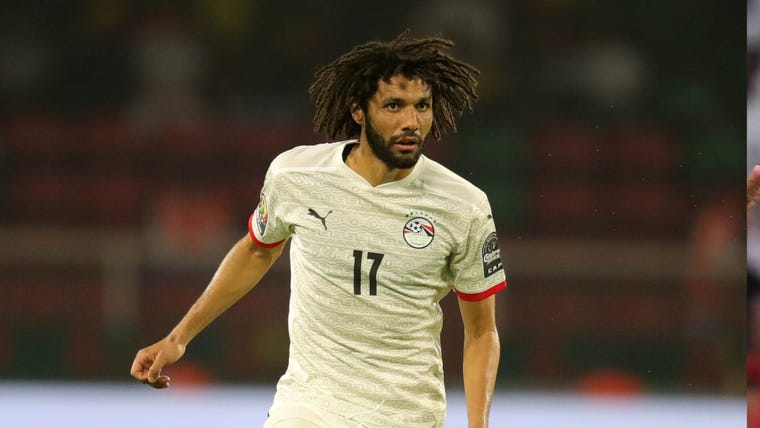 The midfielder was part of the Pharaohs' team that fell 3-1 to Senegal on Tuesday in the shootout after a 1-1 aggregate draw over two legs. It was the second time Egypt fell to the West Africans on penalties in less than two months.

In February, the Lions of Teranga defeated the Mohamed Salah-led team to be crowned the Africa Cup of Nations champions for the first time in their history.

Arteta believes it is tough for the 29-year-old and his teammates can help him get better.

"Well, I think the majority of [Arsenal players who were on international duty] had some really good experiences, some really good performances, they scored some important goals as well," Arteta said in a press conference.

"I'm really sad for Mo Elneny because it is the second time that has happened and emotionally that means a lot to him, so I am sure the team will be here and ready to help him."

On Monday, the Gunners will have a tricky London Derby away to Crystal Palace, a team they drew 2-2 with in the last meeting.

"Yeah, [the last time we played them], we scored right at the end and it was a tough match," Arteta continued.

"We had some really good periods, some periods where we struggled. We conceded two very poor goals in that game with simple giveaways that put the game into a really difficult position.

"The team, especially at home, is doing really well and the coaching staff are doing a great job and we know how it is to play in their stadium."

Arteta also reacted to Patrick Vieira's induction into the Hall of Fame after his fruitful years with Arsenal during his playing days.

"Well, it's a huge achievement. You have to be very special to be nominated to be there and I think Patrick deserves it for what he brought to the English game, what he did for Arsenal and what he brought to English football," he concluded.